This is an incredible opportunity to participate in a livestream conversation on May 30th at 4:00pm EST with amazing discussion leaders, Dolores Huerta, Lauren Hogg and Ramla Sahid, moderated by Jada Hebra! For more information, go toglobalcitizenscircle.squarespace.com

In 1855 An informal monthly gathering in Boston, Massachusetts, of writers, scientists, philosophers, historians, and other notable thinkers of the mid-Nineteenth Century came together to form what would become known as the "Saturday Club." The club was intended to share ideas on the big issues of the times as well as sharing their many talents with one another.

Publishing agent and lawyer Horatio Woodman first suggested the gatherings among his friends for food and conversation.[2] By 1856, the organization became more structured with a loose set of rules, with monthly meetings held over dinner at the Parker House.[1] The Parker House served as their place of meeting for many years. It is a hotel built in 1854 by Harvey D. Parker.[3][4]

The gatherings led to many initiatives by members of the club. Probably most acclaimed among them was the creation of the Atlantic Monthly, to which many of the members contributed.[2] The name was suggested by early member Oliver Wendell Holmes Sr.[5]

Over 100 years later when the Parker House was purchased by the Dunfey Family, while going through the Parker House archives the family members noted with interest the long and distinguished history of the Saturday club. The Dunfeys were not simply hoteliers they were a progressive activist family. Furthermore, their ownership of the Parker House coincided with a very turbulent historic moment. The assassinations of Dr. King and Bobby Kennedy - a close friend of the family and a regular at the Dunfey family homes for skiing trips to Waterville Valley, were still fresh in the minds of the country. Busing of school children to overcome years of segregation had divided the city as the Vietnam War was similarly dividing the country.

Thankfully, To the Dunfey family these crisis presented an opportunity - and the greatest challenge at its core was the need to bring together diverse voices in a civil dialog. Thus was born "The New England Circle" a regular gathering at the Parker House of socially and ideologically diverse individuals committed to the idea that the American Voice could overcome differences among people if we listened to it - and to one another.

Now heading into their 45th anniversary year, with a title that reflects their expanding reach and global ambitions, New England Circle has become "Global Citizens Circle". GCC has played critical roles in overcoming Apartheid in South Africa, bringing peace to Northern Ireland and today is teamed up with Southern New Hampshire University - perhaps the most unappreciated yet acclaimed University in the world, to bring education, dialog and activism together to create a place on which to stand together for constructive change.

Archimedes is credited with saying, when describing the lever: "Give me a place to stand and I will move the world." Global Citizen's Circle is the place to stand and the lever, and its thousands of citizen activists are the force by which constructive change can be forged in even the most turbulent of times.

You can join in a live stream of this year's Global Citizens award ceremony honoring Delores Huerta at 4pm May 30, 2019 or watch the archived edition at GCC's YouTube Channel.

In this podcast I speak with Theo Spanos Dunfey, Executive Director of Global Citizens Circle.

Episode 14 - A New Old Immigrant, a Red Pickup and a Trump Voter . . . and a Glimpse of the Real America

Episode 14 - A New Old Immigrant, a Red Pickup and a Trump Voter . . . and a Glimpse of the Real America An American Immigrant's ... 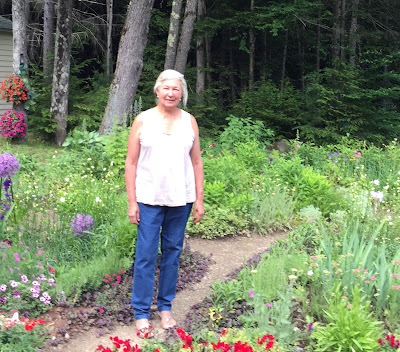