One Visionary Senator, One Great Staff, One Quiet amendment and 42+ years of Activism have set in motion America's Renewable Energy Revolution

Today's podcast, the fourth in our "Beyond Carbon" series, is a story of a man with vision, a terrific staff of people around him and a Senate that - unlike today's Senate and House - was functional. Where Democrats and Republicans worked together for the best interests of the country and their constituents. It is a story of a man, and his staff, who saw their job - not in terms of the next election but the next generation and the next after that.

In 1975 Senator John Durkin was elected to the US Senate in the closest race in Senate history. As a US Senator he would play a vital role in two landmark pieces of legislation, The Alaska Lands Act - protecting the Alaska Wilderness as a National Resource and The National Energy Policy Act, including the Public Utility Regulatory Policies Act, among others.

John Durkin had established a reputation as a fighter for the "little guy" long before he ran for the Senate. As the State Insurance Commissioner, he regularly butted heads with major insurance companies on behalf of consumers. And that no-nonsense style continued after his election to the Senate. Unlike most first-term Senators who spend their first term learning the ropes and keeping their mouths shut, John Durkin waded right into the fray and as you will hear from two of his staff  Edward Tanzman and Harris Miller his colorful approach and fierce loyalty to the little guy continued during his one, and only, term in the United States Senate.

This Podcast, while it looks at John Durkin's many sides is largely focused on the Amendment that Durkin placed in the Public Utility Regulatory Policies Act  (PURPA) that effectively ended the utility company monopoly of the generation, sale and distribution of electricity and required those utility companies to pay prevailing rates (also known as Avoided Costs) to companies generating up to 80Megawatts of energy using renewable resources.


(From Wikipedia)
The Public Utility Regulatory Policies Act (PURPA, Pub.L. 95–617, 92 Stat. 3117, enacted November 9, 1978) is an United States Act passed as part of the National Energy Act. It was meant to promote energy conservation (reduce demand) and promote greater use of domestic energy and renewable energy (increase supply). The law was created in response to the 1973 energy crisis, and one year in advance of a second energy crisis.
Upon entering the White House, President Jimmy Carter made energy policy a top priority. The law started the energy industry on the road to restructuring.[1]

Before the passage of the National Energy Policy Act and the provisions of PURPA, Energy companies were classified as natural monopolies, and for this reason, most were established with vertically integrated structures (that is, they undertook all the functions of generating, transmitting, and distributing electricity to the customer).
Utilities were protected as regulated monopolies because it was thought that a company could produce power more efficiently and economically as one company than as several.
PURPA started the industry on the road to restructuring and is one of the first laws that began the deregulation of energy companies. The provision which enabled non-utility generators ("NUGs") to produce power for use by customers attached to a utility's grid broke the previous monopoly in the generation function.[2]

As you will hear from Ed and Harris, John Durkin had to tread a fine line of educating his fellow Senators on renewable energy and not causing alarm over what would certainly be a game-changing addition to the law.

Whether John Durkin was a radical centrist or not is not the critical point here. He was Senator before anyone had even conceived of the term. But he had all the markings of one. One of the central tenets of Radical Centrism is to use the power of innovation and imagination to fashion solutions across party line and ideology. John Durkin saw the opportunity to open up the world of small power production that today is leading us, Beyond Carbon, toward a distributed energy future based on the use of renewables. Durkin added a two-line amendment to the PURPA law as it made its way through his committee He recruited his friend and colleague, conservative New Mexico Senator Pete Domenici who saw the wisdom in empowering small renewable power producers in his own state and helped Durkin fashion a market-based approach to renewables that today is driving the renewable energy revolution in this country.

The final word on John Durkin. In today's poisonous partisan times such an act would be deemed an offense against the party but in 1980 John Durkin, defeated in his Senate re-election bid by former state Attorney General Warren Rudman, resigned early to allow Rudman - and thus NH to gain seniority advantages over others elected in the same election. He was a class act right to the end.

About John Durkin
From Wikipedia
Born March 29, 1936, in Brookfield, Massachusetts, John Durkin was the youngest of four children, and graduated from St. John's High School in 1954. He later claimed that his parents told him that the highest callings in life were to become a priest or an honest politician, and that he opted for politics. At the age of 18, Durkin held his first elective office - Moderator of the Brookfield Town Meeting.[1] He went on to attend the College of the Holy Cross in Worcester, graduating in 1959. Through the U.S Navy ROTC program, he received his commission in the United States Navy as an Ensign. Durkin served in the Navy from 1959 to 1961, attaining the rank of Lieutenant (Junior Grade).
After his Navy service, Durkin enrolled at Georgetown University Law Center, where he earned his J.D. degree in 1965. He was admitted to the bar, and began to practice in New Hampshire.[1] He served as an Assistant State Attorney General from 1966-68, and as State Insurance Commissioner from 1968 to 1973.[2] He gained a degree of name recognition throughout the State, and frequently made headlines fighting insurance companies on behalf of consumers.[1]

In 1974, Durkin won the Democratic nomination for the Senate being vacated by the retiring 20-year Republican incumbent, Norris Cotton. In the November 5 general election Durkin appeared to have lost against Republican Congressman Louis Wyman by 355 votes. Durkin requested a recount, which resulted in his victory by 10 votes. Governor Meldrim Thomson then certified Durkin as the winner. Wyman then requested a second recount, in which he prevailed by two votes. Senator Cotton resigned on December 31, 1974, and Gov. Thomson appointed Wyman for the balance of the term ending January 3, 1975, a common practice intended to give an incoming Senator an advantage in seniority. Most thought this ended the disputed election, but Durkin appealed to the full United States Senate, which is the final arbiter of Senate elections under the Constitution.[3]

The Senate Rules Committee, deadlocked on whether to seat Wyman for the 1975-1981 term, and sent the question to the full Senate. On January 14, 1975, the Senate returned the matter to the Rules Committee, which again returned it to the full Senate, enumerating 35 disputed points that questioned the election based on 3,000 questionable ballots. The full Senate was still unable to break the deadlock on even one of the 35 points. After seven months and six unsuccessful attempts by Democratic Senators to seat Durkin, and much media attention in the New Hampshire press, Wyman proposed that he and Durkin run again in a special election. Durkin agreed, and the Senate declared the seat vacant on August 8, 1975, pending the outcome of the new election. In the meantime, Thomson again appointed Cotton as a caretaker until the new election was held. In the September 16, 1975 special election, Durkin defeated Wyman by over 27,000 votes. This ended what remains the longest Senate vacancy, following the most closely contested direct Senate election in the history of the United States Senate.[3]

When asked about the experience of going through such a long-contested election many years later in 2008, Durkin told The Associated Press that he wouldn’t wish the experience on his worst enemy. “I’d much rather have read about it than have lived it,” he said.[4] Having initially resisted the idea of holding a special election to resolve the matter, Durkin recalled in 2008, that it was eventually his daughter, 8-years-old at the time, who helped change his mind: “She said, ‘Dad, don’t you realize they can’t make their mind up about anything?’,” Durkin said. “When the kids realize it, I thought I had to do something.”[4]

Harris Miller is President of Harris Miller & Associates, a consulting firm that specializes in government and public affairs, strategic planning, and organizational turnarounds.  He currently is only consulting part-time on a non-compensated basis for organizations in which he is personally involved such as Campaign for Free College Tuition (Co-Founder and Vice Chair) and the National Philharmonic (Board Member).  He previously served as a Board Member of the Heart and Vascular Institute at George Washington University, the Code of Support, and Global Good Fund.  He is also very involved in local, state, and federal Democratic politics.
Harris served as CEO of three large trade associations, the Information Technology Association of America, the World Information Technology and Services Alliance, and the Association of Private Sector Colleges and Universities.  In between, he got the Silver Medal in the 2006 Virginia US Senate Democratic nomination race, losing to Jim Webb who then went on to beat George Allen.
Mr. Miller has worked in senior staff positions in both the U.S. House of Representatives (Subcommittee on Immigration and Refugee Affairs) where he was directly involved in the Simpson-Mazzoli Act of 1986, the last major overhaul of our nation’s immigration system; the U.S. Senate (Policy Director for the late Senator John Durkin, D-NH); and in President Jimmy Carter’s Administration.  He also served as Research Assistant in the British House of Commons to the late Rt. Hon. Lord Roper, then John Roper, MP.  He has a BA summa cum laude from the University of Pittsburgh (where he was Senior Man of the Year and later alum of the year) and an MPhil in political science from Yale. He and his wife Deborah Kahn live in McLean, Virginia and have two children and three (soon four) grandchildren. 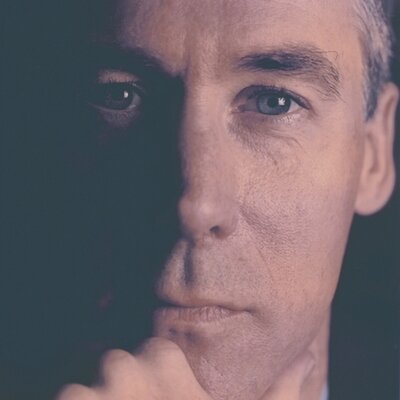