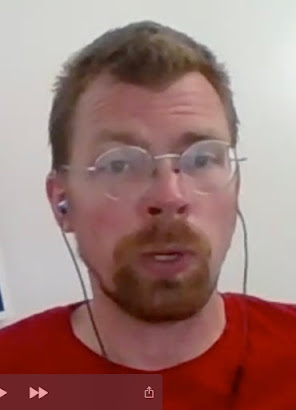 A Blueprint for a Better America

"Covid 19 Has burned up the current social contract in America" according to Brian Winters, he's betting that - working outside the two-party system - he can convince Republicans and Democrats running for office to embrace a reform agenda that will address the income disparities, systemic racism and criminal justice reform. It begins with a simple enough premise: Don't wait on Congress. Write the law for them and bring them along. Can it work? Brian Winters is betting that it can. The next few months may just answer that question.

IN 2020, WE'RE UNIONIZING THE AMERICAN ELECTORATE.

A union is a group of people working together to improve their lives through collective bargaining. During these turbulent times, with Covid-19 captivating the media, it's hard to follow the legislative and electoral process. Who's looking out for you in the 2020 election?

The Phoenix Congress wants to be your union representative. When five million people pledge to vote for our slate of federal candidates, irregardless of party, we'll deliver a legislative package for the American people.

End the endless wars and bring the troops home.

CONCORD, NH, USA, August 2, 2020 /EINPresswire.com/ -- Nearly 40 million Americans, a third of them children, would be lifted above the poverty line with legislation proposed by a new Super PAC. The legislative package, known as the Blueprint for a Better America, seeks to implement universal basic income of $300 per week, reform the criminal justice system, and reduce military spending.

Phoenix Congress 2020 PAC, founded by Brian Winters, a former New Hampshire state legislator, looks to bypass the gridlock of Washington D.C. by reversing the traditional model for enacting legislative reforms. By writing legislation and publicizing it prior to the election, voters could know exactly what to expect from elected officials when they cast their ballot. Typically, candidates for office make promises that go unfulfilled, in part due to a legislative process often described as “herding cats.”

“In the 21st century, we don't need to elect champions to sit a single room in D.C. and negotiate,” Winters said. “The American people can collaborate across the internet and produce better results.” He noted that unfortunately, one of the easiest promises for candidates to keep was one of non-cooperation. “The ideology of both parties has largely devolved into opposing what the other proposes.”

The legislative package seeks to eliminate poverty through universal basic income, styled as a jobs program. The creation of 300 million American Union Jobs would provide adults with an unconditional $300 per week, plus $100 per week for children. In 2019, the poverty line for an individual was $13,300, and $25,926 for a family of four, according to the US Census Bureau. The voluntary job duties, explained Winters, come from the opening words of the Constitution. “Establish justice, ensure domestic tranquility, provide for the common defense, promote the general welfare, and secure the blessings of liberty for ourselves and our posterity. In short, your American Union Job will be a regular reminder to be a better American.” Americans will also be able to buy health insurance through their American Union Job, creating a public option.

The first of these duties, to establish justice, drives the second part of the legislative proposal. The United States has the world's highest incarceration rates, with more than 2 million Americans currently in jails and prisons around the country. Utilizing sentencing reforms and sentence reviews, and building on the First Step Act signed by President Trump in 2018, the Phoenix Congress 2020 PAC hopes to draw support from the millions of families with a loved one trapped by the prison industrial complex.

America has exceeded its mandate, Winters explained about the duty to provide for the common defense. According to the Peter G. Peterson Foundation, the US spends more on defense than the next 10 countries budgets combined. Phoenix Congress 2020 PAC proposes spending cuts, as well as policy changes such as closing Guantanamo Bay Military Prison and ending the use of sanctions against civilian populations.

To achieve these goals, Phoenix Congress 2020 PAC invites Americans to join a block of swing voters, the American Union. Members of the Union agree to accept the five duties from the Preamble to the Constitution, donate $5 to the super PAC, and take a vow of self-improvement. “We make America better by starting with ourselves,” Winters said.

Similar to the 1994 Contract with America, the Blueprint for a Better America is a single legislative package offered to all federal candidates for office in the 435 Congressional districts, 35 Senate races, and for President of the United States. On October 15, 2020, all Americans are invited to participate in a national day of fasting to signal to accept the entire legislative package. When 3% of Americans pledge their votes, the group projects, they will be able to decide the balance of power between Republicans and Democrats. Candidates for federal office who want this support must participate in the fast as a pledge to enact the legislative package.

Based on candidate participation, a slate of endorsements covering all 471 races will be released. Incumbents who indicate their support will be expected to act prior to the election. “No credit or promises from politicians,” Winters said. “If Donald Trumps signs this legislative package on October 30, 2020, he will go down in history as the President who ended poverty, ended mass incarceration, and ended the endless wars. What a legacy that would be.”

Visit us on social media: 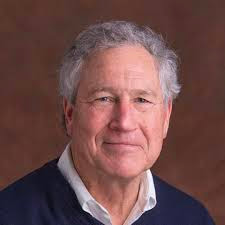